Leif Vollebekk had hit a wall. In the midst of endless touring, the Montreal singer-songwriter found himself retreating to lonely hotel rooms after shows and listening to Nick Drake alone in the dark, his own songs didn’t sound right. In this blue mood he booked a secret show at a Montreal dive bar, only playing covers with a band that rehearsed once. The experience led Leif to change his approach to songwriting and soon the songs came pouring out of him.

Leif Vollebekk had hit a wall. In the midst of endless touring, the Montreal singer-songwriter found himself retreating to lonely hotel rooms after shows and listening to Nick Drake alone in the dark, his own songs didn’t sound right. In this blue mood he booked a secret show at a Montreal dive bar, only playing covers with a band that rehearsed once. The experience led Leif to change his approach to songwriting and soon the songs came pouring out of him. The Rest EP is out today. My manager heard these songs and suggested now might be a good time to let them out into the world. I thought she might be right. Intro was meant to be the first track for Twin Solitude. But it seemed to live in some other world and it just didn't fit. It's a strangely comforting feeling listening to it four years later. I hope it resonates for you too. The second song is Rest, also from Twin Solitude. While we were on tour, @Gregoryaisakov suggested I start playing it live. This acoustic version is the result. I finally got around to recording it a few months ago while I was in Castlemaine, Australia. That was before our countries all became quieter. In a way, this song also lives in another world. May you be in good spirits and good health. I hope you enjoy the music. Tonight I’ll be making some music right here around 7pm EST for those of you so inclined. X (Link in bio)

Leif Vollebekk wrote his song 'Apalachee Plain' in one sitting but it took many different forms until he nailed the perfect feel - a shimmering country song in 6/8 - and the closing track from his latest album, the stunning 'New Ways', now has a video.

Leif Vollebekk has unveiled the cinematic new video for his current single 'Blood Brother' - filmed in the early morning light on top of a double decker London bus. The song is taken from Leif's recently-released and much-lauded album 'New Ways'. What a wonderful evening - thanks to all that came out to the @michelbergerhotel last night and to the hotel staff who were so unbelievably kind to us to say the least // see you tonite at @festsaal_kreuzberg ... also looks like we’re coming back this spring... Photo credit: @zoe_spawton X

Leif Vollebekk, whose acclaimed second album, 'New Ways', is out now via Secret City Records, has announced a string of UK and Ireland tour dates, including a second at London’s Bush Hall after the first quickly sold out.

News
14 Nov '19
London! You sold out Bush Hall! They added another one! Incredibly excited for these shows... twitter.com/CommunionMusic…

leifvollebekk
13 Nov '19
Latest Review: @Leif Vollebekk - New Ways. Leif Vollebekk has captured time in a bottle, distilling moments with a clarity that captures the essence of each experience. folkradio.co.uk/2019/11/leif-v…

FRUK
12 Nov '19
:: The Songwriter’s Songwriter :: @Leif Vollebekk dives into the stirring intimacy of his album ‘New Ways,’ a transformative journey sweeping the depths of the soul.

AtwoodMagazine
09 Nov '19
#EssentialTracks @Leif Vollebekk ’s latest album ‘New Ways’ is the true sound of desire as it unfolds, hitting the spot when it comes to tenderness, violence, sex and rebirth. He took a moment to talk us about a few select tracks from the release. whenthehornblows.com/content/2019/1… 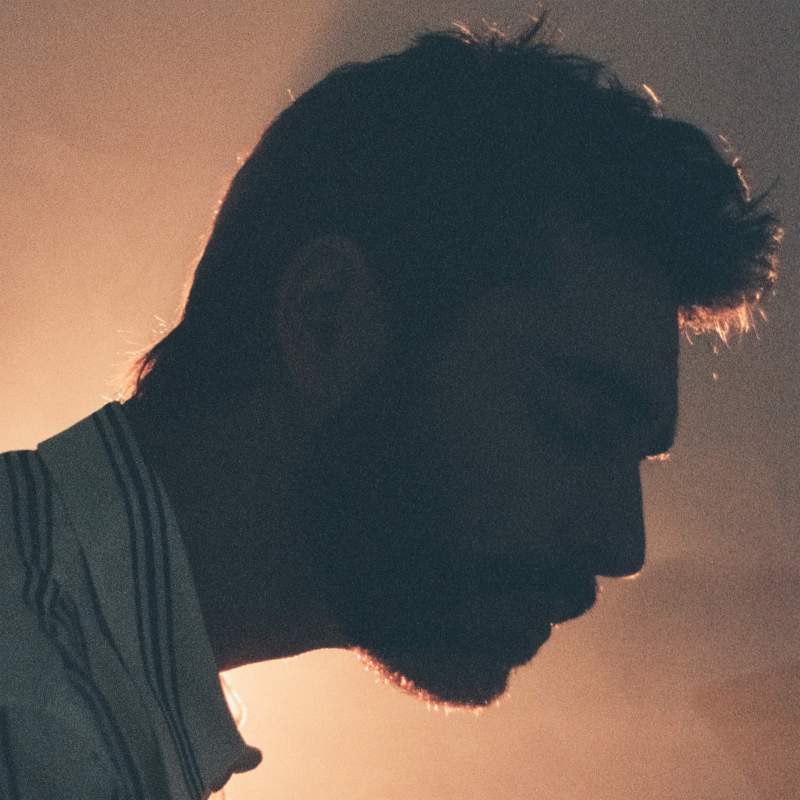 The genius that is @leifvollebekk in Iceland. Shot on #35mm on @leica_camera.

With the release of his latest album fast approaching - ‘New Ways’ is out 1st Nov via Secret City Records - Leif Vollebekk has announced details of his biggest London headline show to date, set to take place at Bush Hall on Tuesday 28th April 2020. New song. New Ways. It’s long, it’s blue and it’s one live take the whole way through. Transatlantic Flight is at the heart of the new record, the closest I’ve ever come to the sound in my mind. The video, directed by the brilliant @kavehnabatian, is almost one take too. You can read about it over at @floodmagazine.

Leif Vollebekk has unveiled the second single from his forthcoming album 'New Ways' (out November 1st via Secret City Records) with a music video for one of the stand out tracks, 'Transatlantic Flight’. There’s a new LP coming. It’s called New Ways. I hope you love it. It’s out November 1st. I know that seems like a ways away but that’s only because it is. I had such a beautiful time in the UK. Thanks so much to @shakeygraves for having me on this special little run and to everyone that came out. Home now for a while but I’ll be back in Europe this fall with @halfmoonrun. Next solo shows are back to back on June 25th in Brooklyn!! Also, there’s some exciting news coming next week that may or may not involve songs, old ribbon microphones, and two inch tape. Oh and here’s my fave pic from last Monday’s show with the queen @angiemcmahon shot by @jpboardman. I’ll be playing a small, last-minute headline show this Tuesday, September 11th, at @somevelvetmorning123 here in Melbourne! Doors will be at 8pm and we'll have a special guest opening the night. It's been such a pleasure playing with @angiemcmahon and her incredible band. Melbourne, Brisbane and Sydney, you were unreal. Perth and Adelaide next weekend! I can't believe my time in Australia is almost over. So many Aussie wildlife facts, so little time... @tom.dunphy_creative 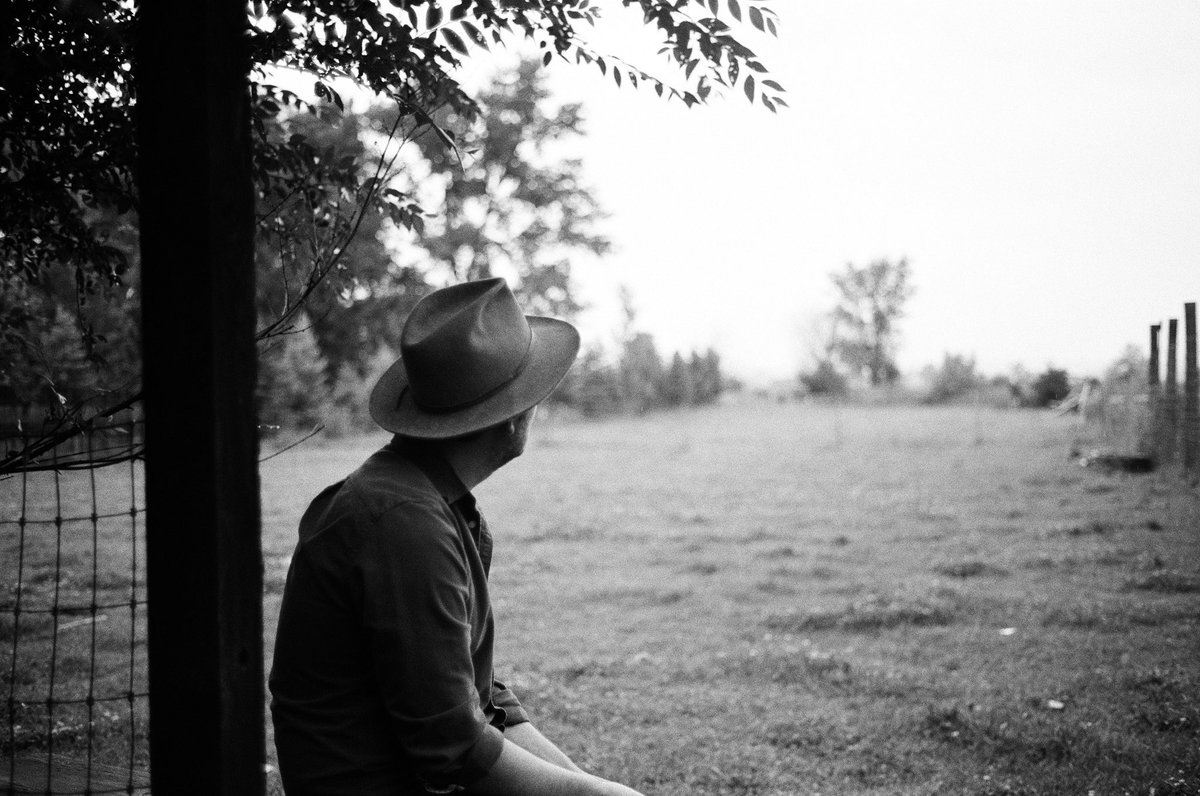 I’ll be joining my dear friend @Gregory Alan Isakov for a few shows this November in Hartford, DC, Philly, NYC, Brooklyn and Boston. It’s gonna be a grand ol’ time. (I took this shot of Greg sometime long ago in Colorado, before the invention of colour film.) x 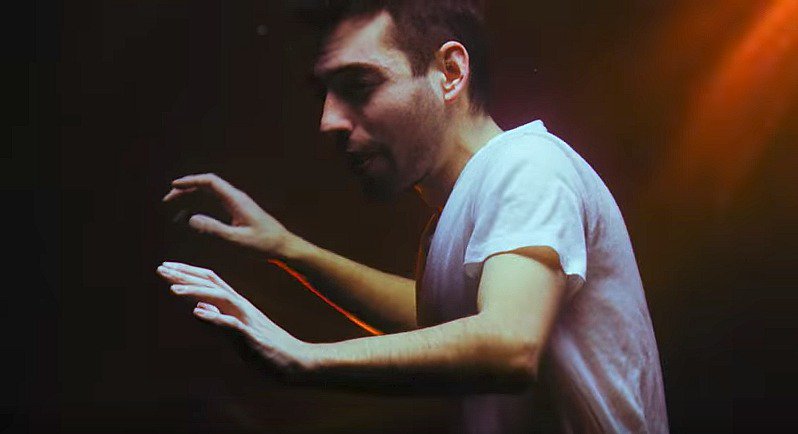 Exclusive premiere: Watch @Leif Vollebekk dance underwater in the beautiful new video for 'Into The Ether,' off his Juno-nominated album Twin Solitude: bit.ly/2DvqYXV The music video for Into the Ether out today. It is brought to you by the uncanny eye of Kaveh Nabatian. A big thank you to Hannah Holman for her beautiful performance and of course to everyone who worked on this with my song blaring on the loudspeakers. X

Leif Vollebekk / Unveils New Video For 'Into The Ether'

Leif Vollebekk has unveiled a brand new video directed by his close collaborator Kaveh Nabatian for 'Into The Ether’, a stand out track from his latest album ’Twin Solitude’ which is out now on Secret City Records. 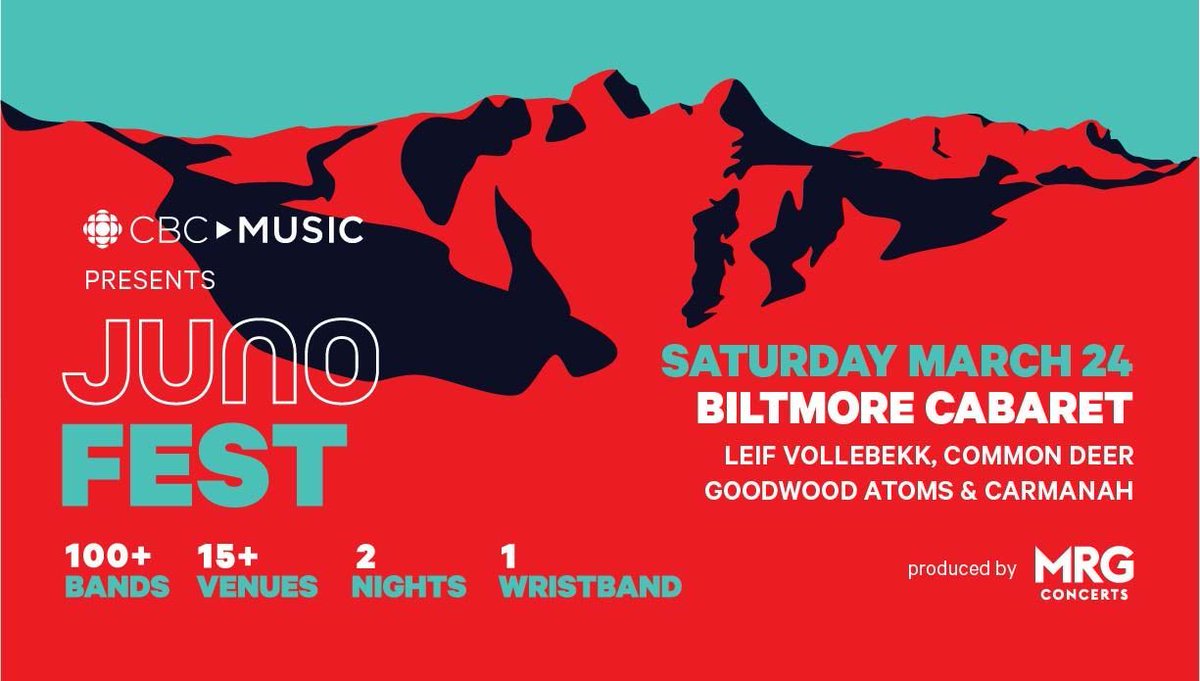 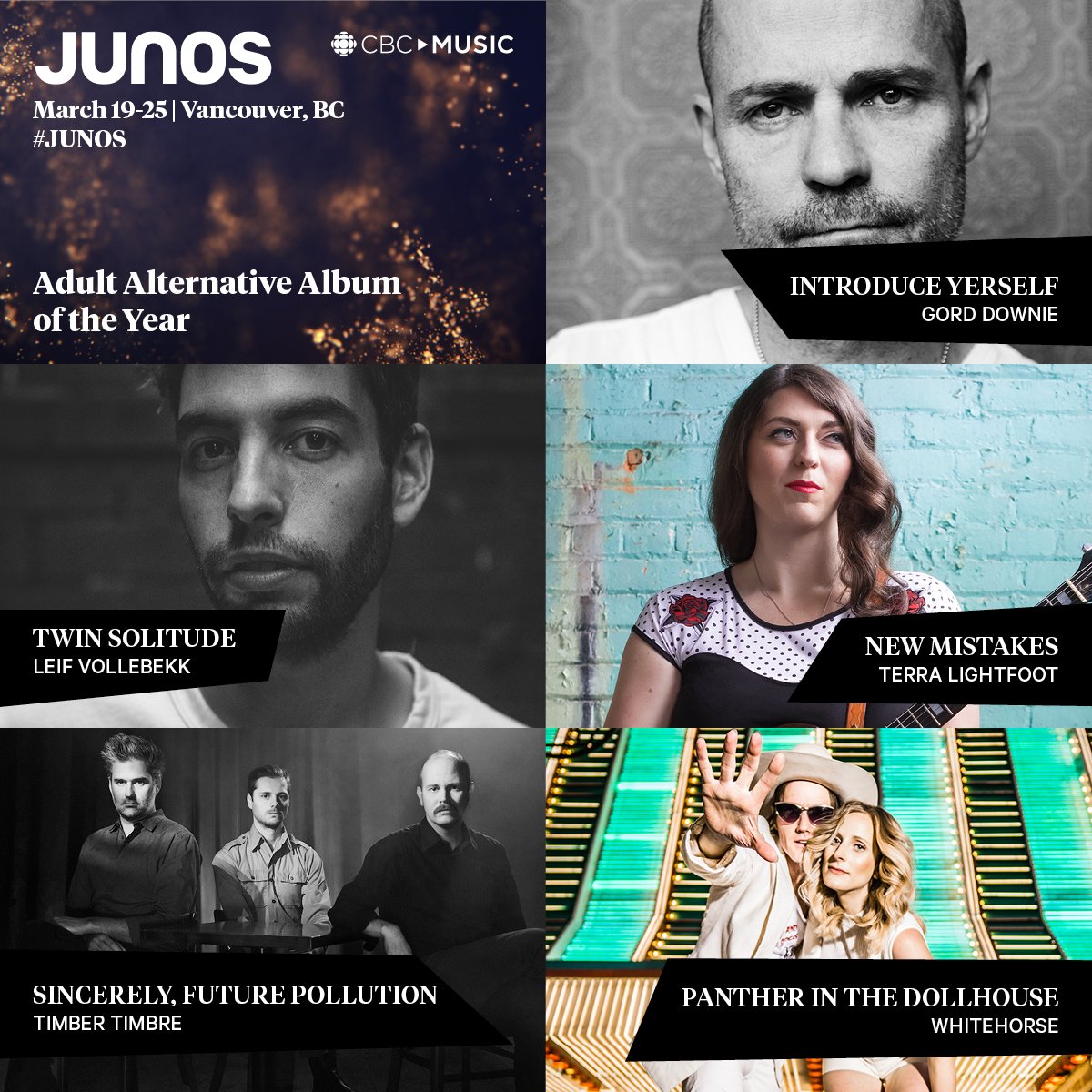 Sold out in Londontown tonight! @mothclub Had a lovely time at @siriusxm The Loft today. Thank you, for playing my tunes alongside my favourites. x The critically acclaimed third album from Leif Vollebekk, 'Twin Solitude', has made the 2017 Polaris Music Prize long list of the 40 best Canadian albums of the year, alongside Leonard Cohen, Feist, The Weeknd and more. 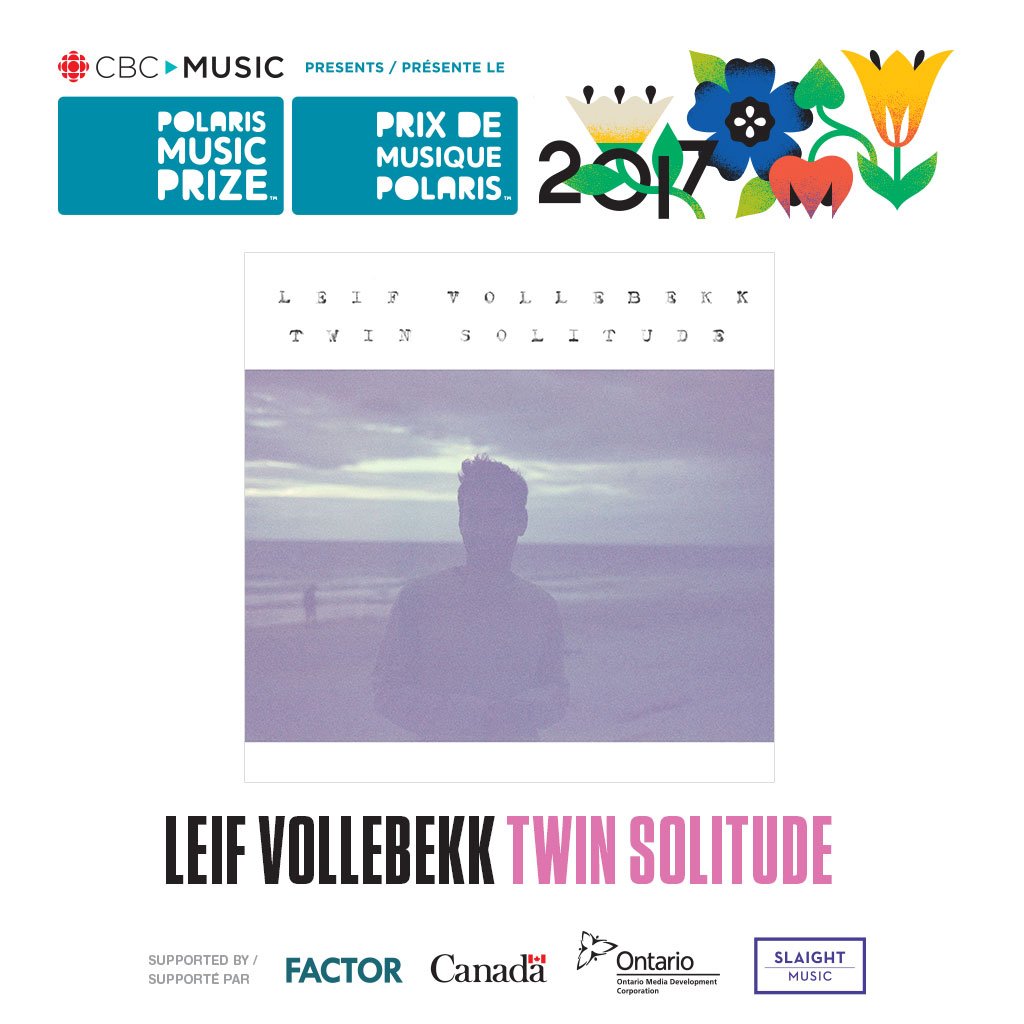 .@Leif Vollebekk’s Twin Solitude album has been nominated for the #Polaris2017 #LongList

Montreal singer-songwriter and multi-instrumentalist Leif Vollebekk has unveiled the music video for his new single 'All Night Sedans'. The song is taken from ‘Twin Solitude’, Leif’s new LP released last month on Secret City Records, which has been met with rave reviews, sold out shows, radio play across Europe and North America, and appearances on Spotify’s New Music Friday playlist.

Montreal singer-songwriter and multi-instrumentalist Leif Vollebekk has unveiled the second song from his forthcoming album ‘Twin Solitude’ (24th February/Secret City Records). The new album was born out of recalibration; Leif changing his approach to songwriting and exploring musical ideas that came to him spontaneously. Many of the songs on the album were written in one sitting, including the breathtaking 'Into The Ether' which came to be whilst playing piano.

Montreal singer-songwriter and multi-instrumentalist Leif Vollebekk has unveiled the video for his current single, ‘Elegy’. The track is the first to be taken from Leif’s forthcoming album ‘Twin Solitude’ which is out February 24 via Secret City Records. On Spotify, ‘Elegy’ recently climbed into the top 15 on the UK Viral chart and is now fast approaching half a million streams.